Tomoring is a modular object consists of springs, rods, wires, combs and other materials on a board. The small sounds are amplified through piezo pick-ups. The each sound component is arranged in the space to evoke musical compositions by themselves. 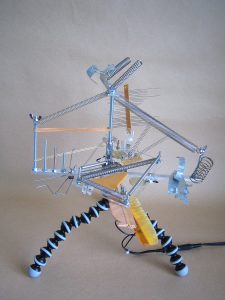 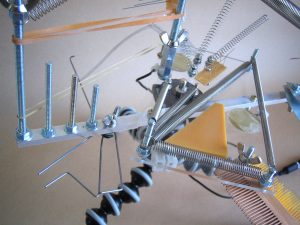 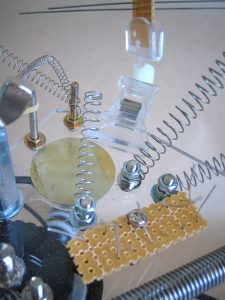 with electronics and voice 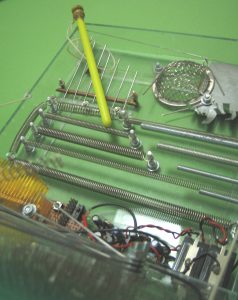 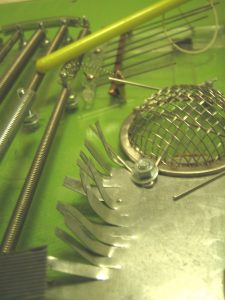 This version (2005) was a temporal instrument made entirely of materials found on the banks of the Shimanto River. 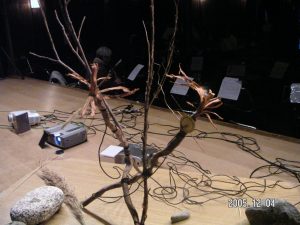 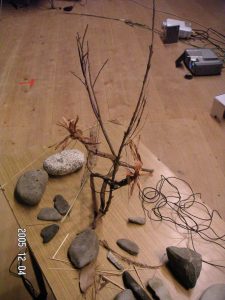 Specially built for the theatrical performance “Teslan Run”, a collaborative theater work with Contact Gonzo. Voices from the voice performer are converted into MIDI in real-time, the tesla coil speaker plays notes following the MIDI data. This is a speaker itself, no amplification. See also Teslan Run.
Technique: YAKUSHIJI Mitsuhide, Programming: ADACHI Tomomi 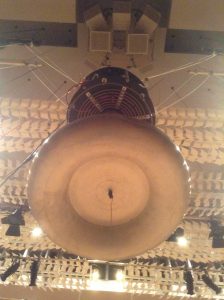 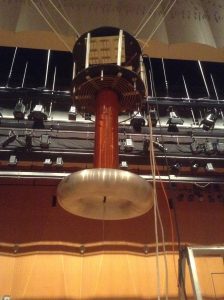 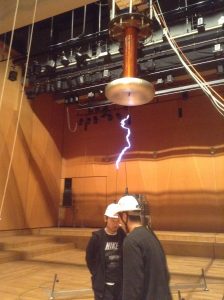 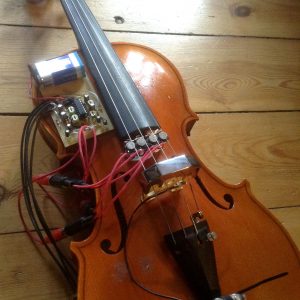 The violin has 4 independent magnetic pick-ups for each string, one string has one output. The four outputs are distributed to the 4 channel surround PA system. 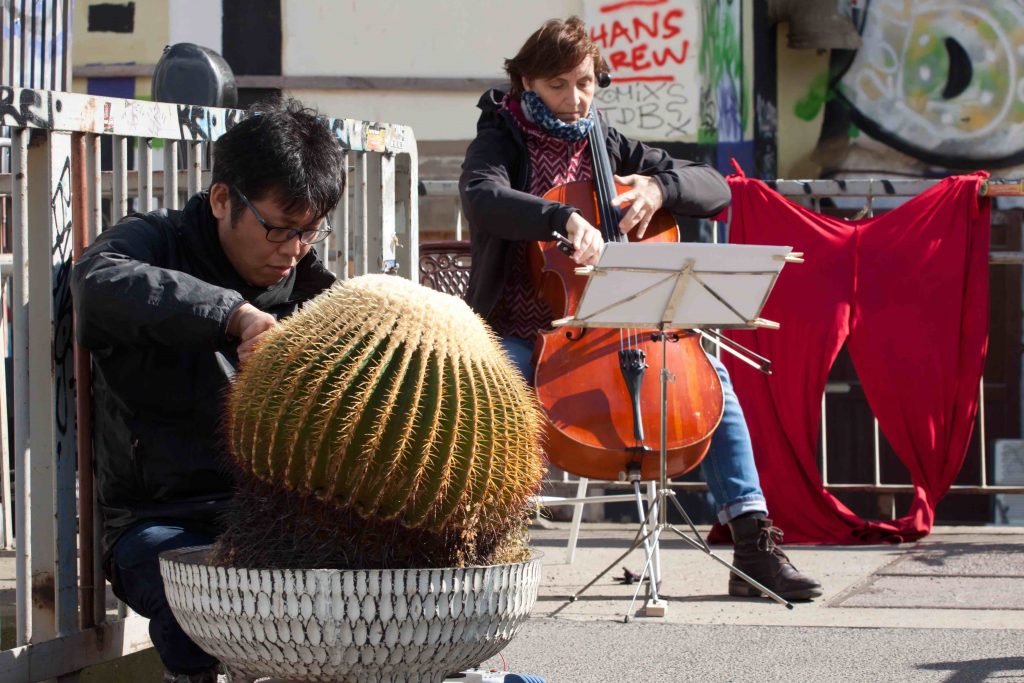