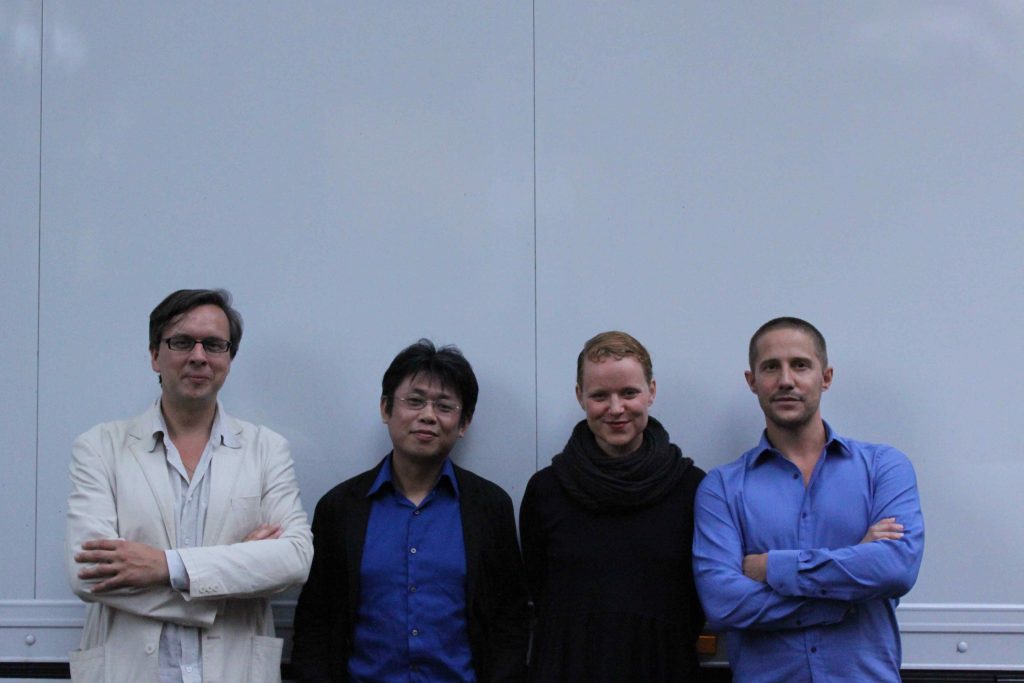 This is a complete performance of the simultaneous dada poem “L’amiral cherche une maison à louer” that was written by Richard Huelsenbeck, Marcel Janko, Tristan Tzara, Toshiro Sawa and premiered at Cabaret Voltaire in 1916. In this version, a forgotten Japanese part probably written by Japanese military attaché, Toshiro Sawa, is supplemented.
at Ausland, Berlin on Oct 23 2013.

The Dada seance is a project in which the spirits of Dadaists are summoned through a Ouija board and asked to write new poems. Berlin Sound Poets Quoi Tête tried to communicate with the spirits of Kurt Schwitters, Raoul Hausmann and Tristan Tzara.