Adachi is only one internationally active sound poet from Asian countries. He presented Japan premiere of “Ursonate” by Kurt Schwitters in 1996. He has performed not only his own poems, but also historical Dada/Futurist poems, especially focused on a little known history of modern Japanese sound poetry which started from Japanese Dada/Futurism movement in 1924.

Gestures and physical movements are an important aspect of his sound poetry practise. He focuses on writing gestures. Also he combines electronics with the performances.

Speech is irreversible (2017) by Tomomi Adachi / Annika Haas
A text based on fragments generated by Markov chain from Annika Haas’ theoretical/conceptual text.

Dancing with Hauer (2017) text with audio playback.
The text was composed with the compositional system by Josef Matthias Hauer. Commissioned by Kakania project/Austrian Culture Forum

(silent words) (2012) Conceptual sound poem.
The text (spell) exits only in the brain of the author, never written, only memorized. It is performed as a sequence of facial movements, any kind of recording is not permitted. The piece was inspired by “Orasho”, a practice of hidden Christians in Japan.

Brion Gysin: I AM THAT I AM (Video)

Sound art, experimental poetry practice. Sound poetry was generated in an artificial satellite and sent to the earth.

Details and recordings are here. https://cosmicpoem.wordpress.com/about/

The performative rendition of “Voice Sound Poetry Form Begun With -X-“ bu Hide Kinoshita. This performance was presented in many occasions.

Finish language and Japanese language have very similar sounds, but not on meanings at all. In this translation project, Finish and Japanese poets translate poems in each other’s language into another phonetically, just replace words which has the closest sounds.

3D tactile score for the performance. 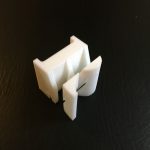 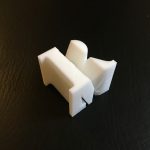 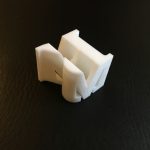 A collaborative sound poetry/multi-media performance with poet/designer, Daniel Malpica with 6 guest performers.
Amplified 3D printer is a central material of the theatrical performance. 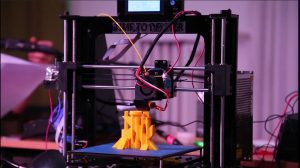 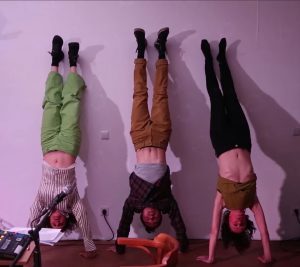