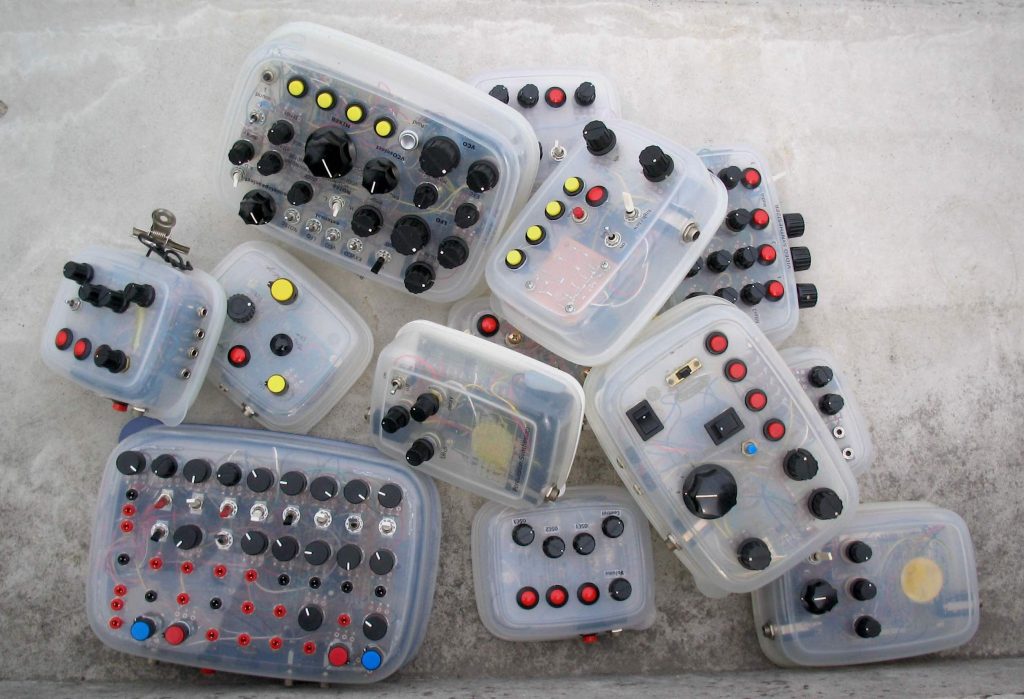 Adachi started to build his original instruments in 1994, not only they have unique sound abilities and mobilities, but also it is one main concept to rebuild the relationship between human body and electronic sounds through the original interfaces for the instruments. During 1995-2008, more than 200 of Tomomin and Tomomin II were sold, the users included Mike Patton, Boredoms and UENO Yoko, and the sounds were featured in some major recordings and films. The idea was to put a personal musical concept into circulation as an instrument.
These have not been sold any more. Still Adachi provides some original instruments but they are very limited and some collaborative processes are required.

Tomomin is his first self-made instrument, is a simple one-transistor monophonic oscillator that covers all audible range by a one-knob operation.
The recordings is available from sparkling materialism 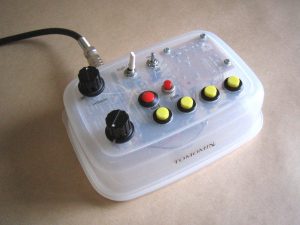 Tomomin Synthesizer I is an analogue synthesizer based on an old Texas Instrument IC which has VCO, VCF, LFO, noise generator, envelope generator.
The recordings is available from sparkling materialism 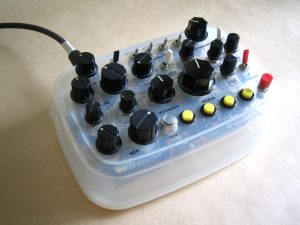 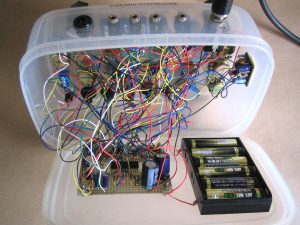 Tomomin II is a pulse, noise and drone oriented sound generator consists of three square wave oscillators using an IC 40106.
The recordings is available from Interface as Notation 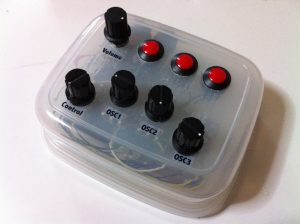 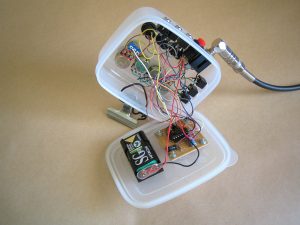 Basically, it is two of interconnected Tomomin II, some electrical points are exposed and touches of player(s) connect the oscillators.
The recordings is available from Interface as Notation

Electronically, it consists of two oscillators, a filter and a distortion, 7 points of the circuits are exposed and they are connected through the human body.

It is a modular synthesizer consists of 4 VCO with AM/FM modulation and an external input.
The recordings is available from Interface as Notation 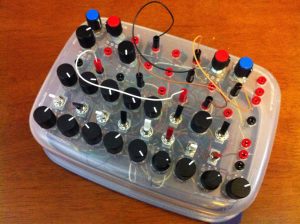 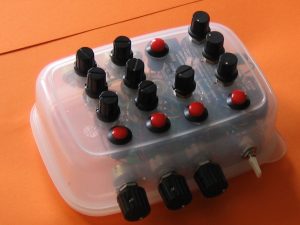 It is an analogue signal processor for video signals misusing techniques of audio signal processing. It has a mixer, filters and a RGB colour adjuster. The basic video signal is generated by the feedback between video cameras and a video monitor.

This is a video recording of improvisation with the video synthesizer, the audio was generated by Tomomin Synthesizer II with 6 light sensors attached on the surface of the video monitor. Also, the collapses of video images caused by digital video projectors are important aspects of the performance. 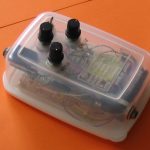 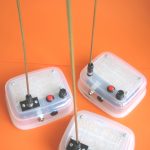 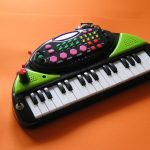 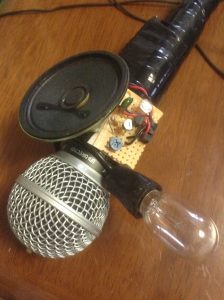 This instrument (2000) converts voice (through mic) to light, light controls the frequency of the oscillator (through a light sensor)

Electronic Chopsticks (2006)
Performance with Tomomin II. The metal chopsticks work as a resistance and a conductor as a part of the circuit.