As a performer, director and organizer, Adachi presented concerts feature experimental compositions by other composers, especially works of John Cage, Christian Wolff and Cornelius Cardew in the 1960s. Many of them were Japanese premiere and he worked as a theatrical director for some of them. Through these projects, the following themes have been foregrounded; relationships between musical activities and politics/society (working with non-musicians), forms of notations for creative performances and fundamental ideas on live-electronic performance.

January 29th and 30th, 2011
Performers: ADACHI Tomomi, ARIMA Sumihisa, IKEDA Takumi, MOHRI Yuko
at Asahi Art Square, Tokyo.
Realization of the largest live electronic piece by John Cage written in 1966. Four performers mixed any kind of real-time sounds generated in the performance space and transmitted from all over the world by telephones, radios, internet and even psychics. More than 100 live sound sources were used, include sounds from outer space, heart beats, brain waves, foot steps of audience. Many electric appliances were controlled by movements of performers and fishes in a tank. A mixing of the sounds was automated by wind directions of seven places around the world. Total duration of the performance was 4 hours. 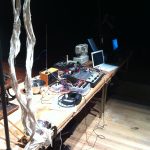 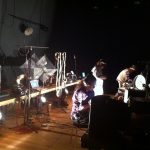 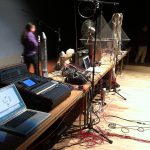 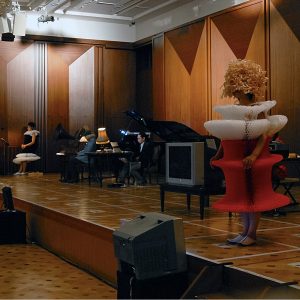