The site-specific music app “NUa”, free and for iOS and Android, is an experimental music work by Tomomi Adachi for mobile phone. This App requires listeners physically go to the locations to listen to the sounds. It has been composed originally for the Kitasenju area in Tokyo, but additionally, it works in Berlin (Hauptbahnhof, Treptower Park and Ringbahn), Moscow (from Red square to Moskva river via Albat), New York (Wall Street, the Battery and Ellis Island) and the South Pole.
This is the fifth composition from the series of site-specific works that began with “NUo” at Adachi Market in 2011 for Oto-machi Senju no En by Adachi. The last four compositions were performed with professional or amateur musicians mostly from the local. Each composition had from 70 to 15 musicians as the performers. (See also site -specific compositions)

B.A.U. is a collaborative VR app by Mara Genschel, Katia Sophia Ditzler, Tomomi Adachi, Alexey Grishchenko & Evgenii Gavrilov. There are five rooms which each artist curated, I provided sounds and texts for all rooms and curated the fourth room as a VR audiovisual installation, all walls and objects consist of letters. 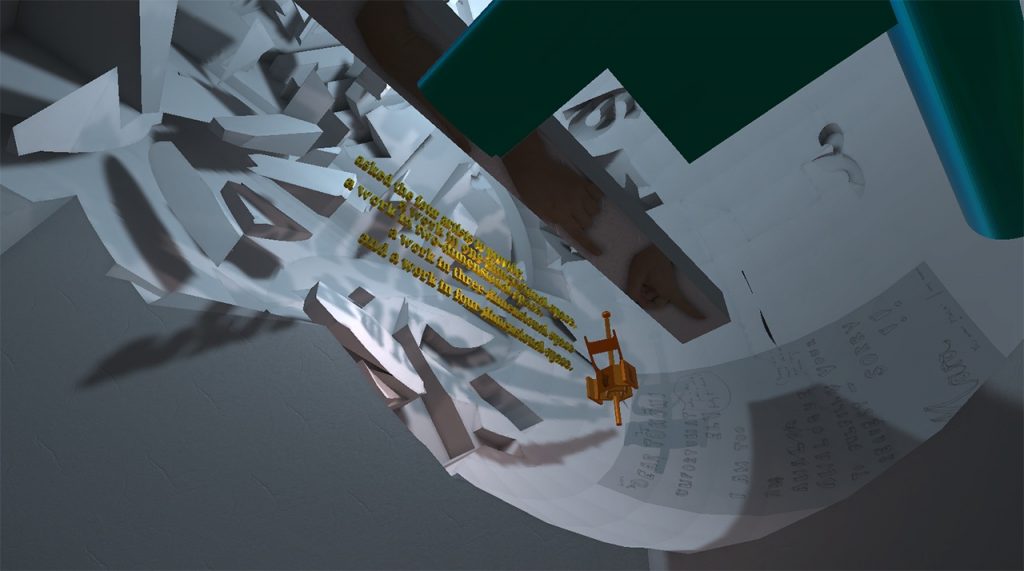 3D interactive web applications (WebGL). These applications work on almost all platforms but not very comfortable with mobile. Use arrow keys or buttons on the screen for the interaction.

Doppler Chorus
A virtual realization of choir music with the doppler effect.
Enter
Three Words in 3D Characters
Negative sound installation(the closer the sound is to the sound sources, the quieter it becomes) with 3D characters. See also 37 3D Characters with 11 Components in VR.